New Zealand will be without superstar winger Nehe Milner-Skudder for the upcoming November series.

Despite undergoing surgery after dislocating his shoulder during the Highlanders’ 34-15 victory over the Lions in March, New Zealand coach Steve Hansen all but ruled the winger out of contention

“Long term he’s a quality player but at the moment we don’t see him being available for the end of year tour,” Hansen said. 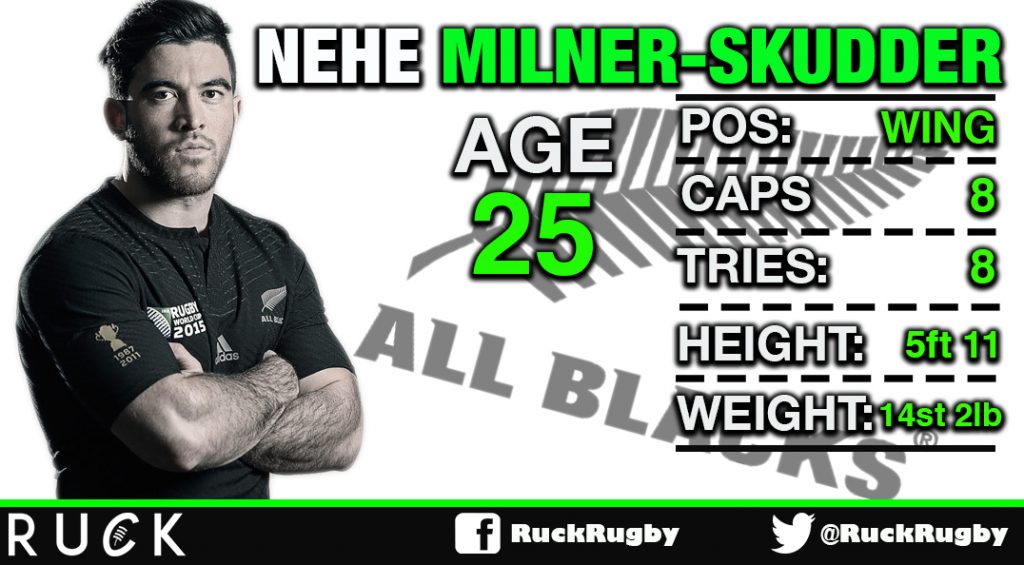 “He would have to have everything go pitch perfect and is the risk too high? We wouldn’t want to take him and get him injured again. We’ll assess that closer to the time.

“If there’s any doubt at all we won’t be taking him.

“My understanding is if he was going to be right for the tour he might get one [provincial] game in. Do we need to push it? The simple answer is no. We’ll just get him right and make sure he’s dead right next year.”

Hansen is now expected to turn to Waisake Naholo for the four match series, a player who has suffered indifferent form this season.

Although Milner-Skudder may have had ambitions of enjoying some free time as he entered the final stages of his recovery, Hansen warned that the winger ‘has a few things about his game that he has to develop too’.