Scotland’s First Minister Nicola Sturgeon was able to see the funny side of Scotland’s Six Nations defeat at the hands of England at the weekend.

Sturgeon was right behind the Scottish boys, and tweeted after the defeat: “No one ever said it would always be easy being Scottish. But it’s still pretty damn cool. And I’m still very proud of @Scotlandteam.”

The meme in question…. 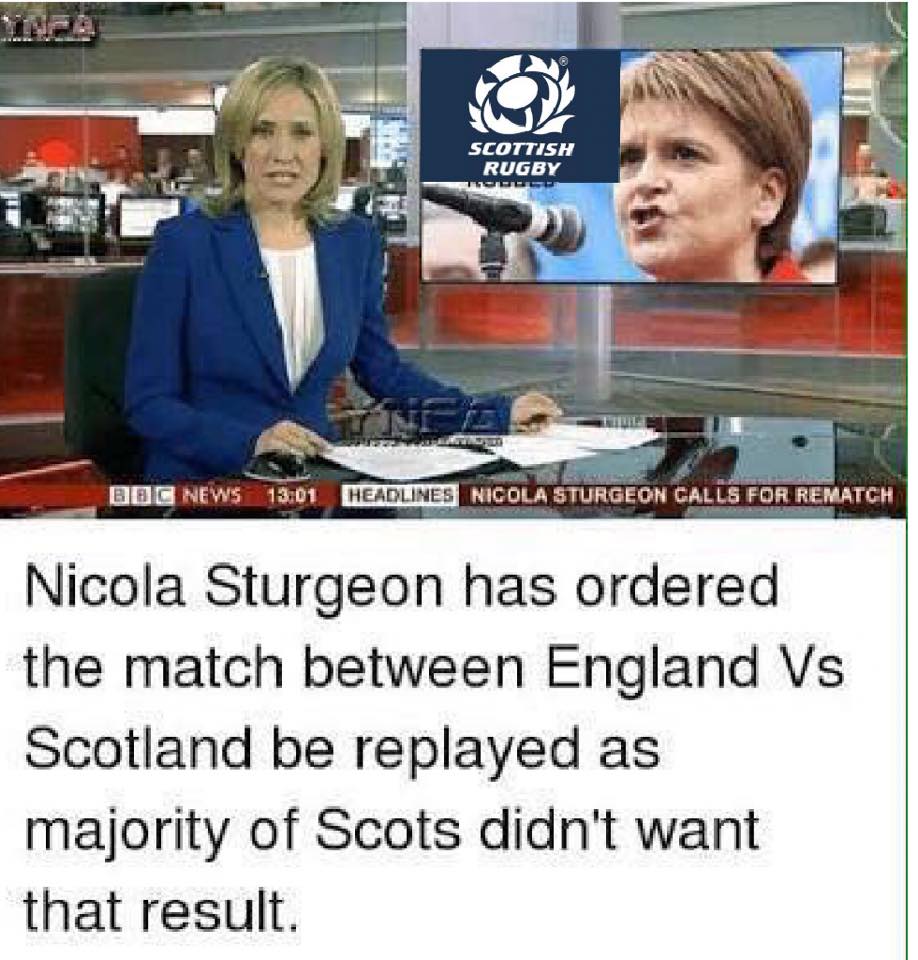 @NicolaSturgeon Great to see a politician cracking a gag and not telling a lie. Could this catch on?

@NicolaSturgeon You must be the coolest FM ever!😄👏