Romania improved their advantage at the top of the Rugby World Cup 2019 qualification standings by a point after registering their highest score in 13 years against a weakened Germany.

With only a handful of first-choice players available to new head coach Pablo Lemoine, Germany were a shadow of the side that shocked the Oaks 41-38 in the opening round of last year’s Rugby Europe Championship, results from which also count towards the qualification picture.

Romania ruthlessly exposed any weaknesses in their opponents to run in 13 tries in an 85-6 victory that had Lemoine’s opposite number Lynn Howells smiling from ear to ear at the final whistle in Cluj.

The floodgates truly opened at the start of the second half as Romania rocked Germany with three tries in the space of 11 minutes, Stelian Burchea followed over the whitewash by Paula Kinikinilau and Ionut Dumitru.

Giant centre Fakaosilea finished off a good handling move for his second approaching the hour mark before Kinikinilau and Macovei both bagged their second tries. Replacement Alin Coste got in on the act too, and then Stephen Shennan completed the scoring with a beautifully taken chip-and-chase try. 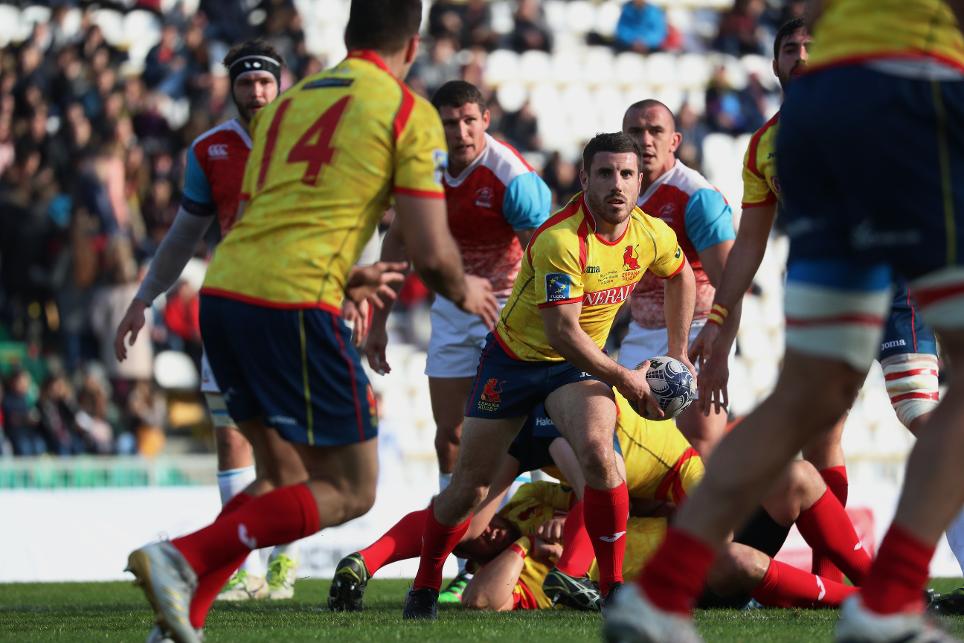 Spain maintained the pressure on Romania in the race for the Europe 1 spot with a hard-fought 20-13 win against Russia in Krasnodar.

The victory means they are now three points adrift of Romania but seven ahead of Russia, their nearest rivals for the European play-off against Portugal should they fail to catch the Oaks.

In the first match of the day, Georgia outclassed Belgium, the Lelos marking their first competitive game in the city of Kutaisi for 13 years with an emphatic 47-0 bonus-point victory.

Already qualified for RWC 2019 thanks to their third-place pool finish at the last tournament in England, Georgia’s only concern in this year’s Rugby Europe Championship is to wrestle the overhaul title back from Romania. 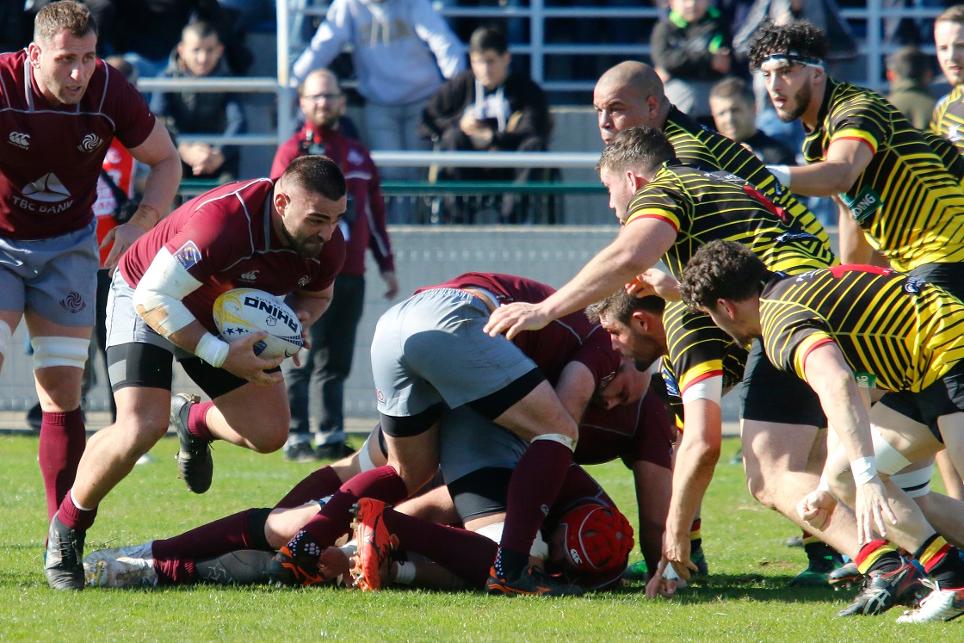 And coach Milton Haig could not have asked for much more from his side as they kept their opponents to nil for the second time in seven matches, having shut out Canada back in June.

The first three of Georgia’s seven tries belonged to the front-row union, hooker Shalva Mamukashvili dotting down in between scores for tight-head Levan Chilachava and loose-head Zurab Zhvania. All three tries were converted by full-back Beka Tsiklauri, who then converted his own try to hand Georgia a 28-0 half-time lead.

Georgia failed to score while Zhvania was in the sin-bin at the start of the second half but normal service was resumed when winger Giorgi Pruidze crossed in the 55th minute. Alexandre Todua added another from the opposite flank before replacement Anzor Sichinava rounded off the scoring, with Tsiklauri adding both conversions for a final scoreline of 47-0. 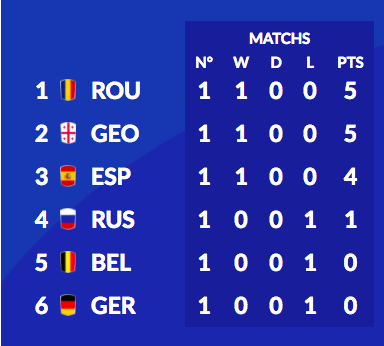