We all know it. It’s only a matter of time before the zombie apocalypse begins, and so with that morbid fact in mind, we here at RUCK would like to let you know which rugby players might survive to play another day. 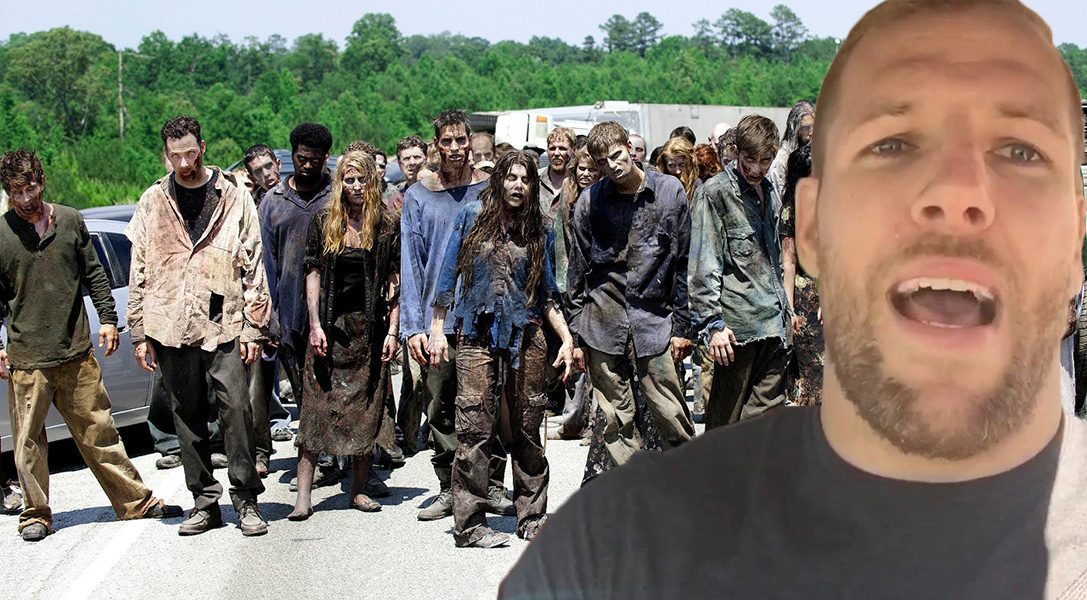 Botha’s rugby rap sheet reads like the screenplay to a horror film:

The zombies aren’t going to play fair, so you shouldn’t either. Why not take up with someone who can show you a dirty move or two? Or seven.

TotalProSports.com names Chabal as the number one biggest badass in the history of rugby. And he sure looks the part, doesn’t he? In his native France he’s known as L’Homme des cavernes. Yeah, you guessed it: Caveman.

See Sebastien decimate anything in his path with the intensity of a class 5 twister. See him turn some of the burliest men on the planet to quivering boys.

While the undead don’t seem to emote fear, they will at least be inconvenienced as Chabal clears a path for you with one of his signature charges and sends them flying like so many bowling pins.

Embed from Getty Images
He’d take his family in a helicopter and fly them to safety. With his leadership skills he could be the President of the new world. Who better?