Wasps will be looking for their first win of the new season when they take on Bath this Saturday after losing their opening Aviva Premiership clash away at Harlequins last time out.

Despite tries from Jake Cooper-Woolley and Eliot Daly, they fell to a narrow 26-21 defeat to Quins, who had players such as Mike Brown and Joe Marler retuning early from international duty following England’s premature Rugby World Cup exit.

Bath, on the other hand, continued their superb form from last season with a win over Exeter Chiefs, thanks in no small part to an excellent display from George Ford as the fly-half kicked four penalties and a conversion to give his side a slender 19-17 victory.

But Wasps will be boosted by the fact they welcome back England international pair James Haskell and Joe Launchbury to their starting XV for their first home game of the season.

They also hand a debut to winger Frank Halai, while Lorenzo Cittadini, who has also returned from international duty with Italy, is named among the replacements.

Meanwhile Bath makes just two changes to their starting line-up, with Ollie Devoto coming in at outside centre, while Fijian scrum-half Niko Matawalu, who signed from Glasgow Warriors over the summer before impressing during the Rugby World Cup, makes his first Premiership start.

The only bad news for Bath is that they will be without star centre Jonathan Joseph after he was ruled out for three months following surgery on an injured pectoral. In other news Sam Burgess is rested for this weekend’s match, dropping out of the matchday 23.

Another win for the visitors here against Wasps will ensure they have won their opening two sets of fixture for three consecutive seasons, whilst their only defeat in their last nine Aviva Premiership Rugby matches was to Saracens in last season’s final at Twickenham.

Wasps on the contrary have lost two of their last three encounters at the Ricoh Arena in Aviva Premiership Rugby with their only victory in their last five meetings with Bath in all competitions being a 29-22 win at Adams Park back in October 2014.

Despite weighing in at well over 18 stone, Haskell is not a typical forward. The 30-year-old Flanker or Number 8, is widely viewed as one of the sport’s fittest forwards, taking pride in endurance over sheer strength. After three years away from the country, Haskell returned to the club which launched his career in 2012 and hasn’t looked back since. 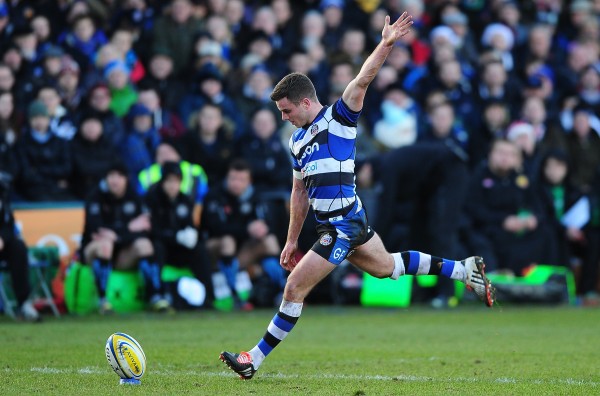 The England fly half drives his side forward, dictating the tempo of the game and he has the ability to pen the opposition back in their own half with his fantastic kicking game. His ice cool persona on the field ensures his side win games as he is able to convert narrowest of kicks at any point in any game.