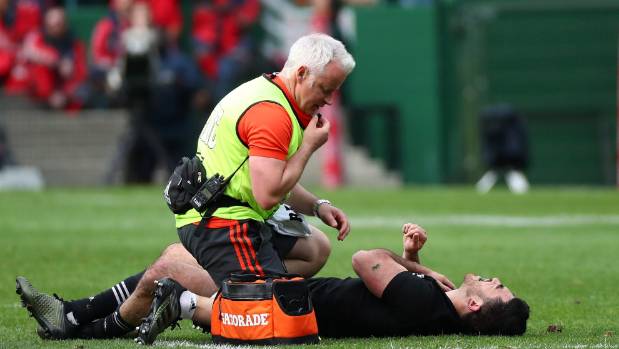 Nehe Milner-Skudder faces another long injury layoff after it was revealed the All Blacks winger popped his shoulder out.

It’s the latest sickening blow for the fleet-footed winger who was at his dangerous best in Cape Town, particularly when combining with All Blacks fullback Damian McKenzie.

There’s always that something extra in the #RSAvsNZL Test Matches. Proud of the ticker and effort shown from the brothers tonight. Cape Town your support has been unreal 🙌#MuchRespectSouthAfrica #OneToRemember #KeepSmiling #SpeedyRecovery 👍😊

Milner-Skudder threw one supremely-audacious pass to McKenzie during a sweeping All Blacks counter-attack which almost led to a try.

But he now faces a long road back to the top, one that is unfortunately all too familiar as he’s struggled for consistent Rugby since the World Cup final two years ago.