It’s understood Jack Nowell is unlikely to resume playing for at least five weeks, ruling him out of the November Tests against Argentina and Australia.

The British and Irish Lions winger, who has scored 11 tries in 31 Tests for England, was hurt in the first halfof the Chiefs’ 34-24 win against Newcastle. and his left eye remains badly swollen.

The blow to the left eye remains badly swollen. Scans are still being carried out to determine the full extent of the damage but the 24-year-old Cornishman is a certain non-starter for his club’s opening two European Champions Cup pool games, against Glasgow Warriors and Montpellier this month. 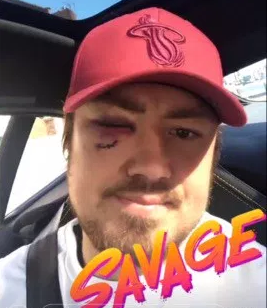 England’s head coach, Eddie Jones, does at least have plenty of wing cover with Jonny May, Anthony Watson, Elliot Daly and Marland Yarde all vying for starting places against the Pumas on 11 November.