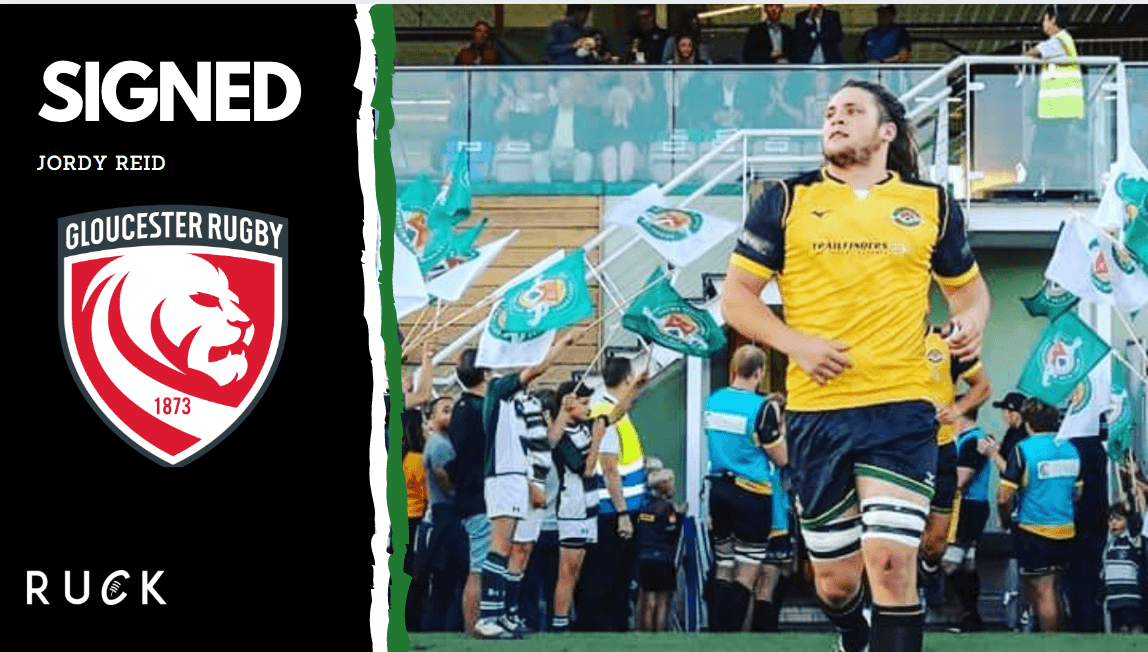 Gloucester has revealed the replacement they have signed for the now-departed Springbok loose forward Jaco Kriel.

As part of their planning for next season, Gloucester revealed that Australian flank Jordy Reid will join the club in the off-season.

The Sydney-born flanker joined Ealing ahead of the 2018-19 season from Super Rugby’s Melbourne Rebels, where he played 41 times having made his debut against the Waratahs in March 2013.

✍️ | Gloucester Rugby are delighted to announce the signing of Jordy Reid, who will join the Cherry & Whites from @ealingtfrugby in the summer.

Jordy played against the British and Irish Lions in 2013, and his best season with the Rebels came in 2016 when he played in 15 of their Super Rugby matches.

Renowned as a powerful ball carrier and committed defender who excels at the breakdown, Jordy has proved to be a standout player in the Greene King IPA Championship and Gloucester Rugby’s Director of Rugby David Humphreys has no doubt that he can make an impact at Premiership level.

“With Jaco Kriel returning to South Africa and Aaron Hinkley choosing to move on, we have been looking for a certain type of player who can bring something different to our back-row options.

“Jordy has been one of the standout players in the Championship over the past couple of seasons and, having watched him play for Ealing this season, I believe the Gloucester Rugby supporters will love his style of play.

“Competition at the breakdown has been a huge part of this season’s Premiership and Jordy’s physical presence will be a point of difference. He played Super Rugby with James Hanson and Jason Woodward, who have both spoken very highly of him as a player and believe he will make a difference at the Club.”

This is a list of player transfers involving Premiership Rugby teams before or during the 2020-21 season.