Popular rugby referee Nigel Owens has had the last laugh on his harsh critic Nick Knowles.

He turned up for popular S4C show Jonathan dressed as a builder and challenged BBC presenter Knowles to a job swap. 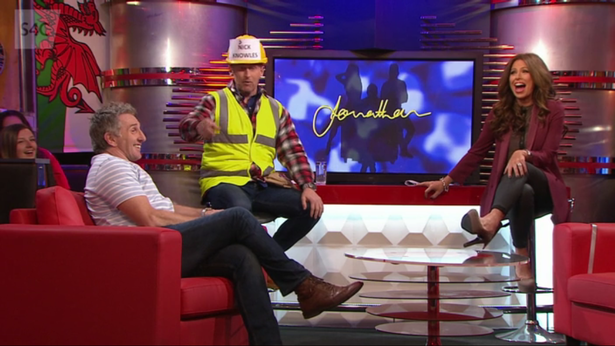 “I blocked him. He can call me anything he wants, but don’t call me a cheat.”

In the show, which is in Welsh, Owens also sarcastically refers to Knowles as “The best referee in the world.”

You can watch the whole episode of Jonathan here: