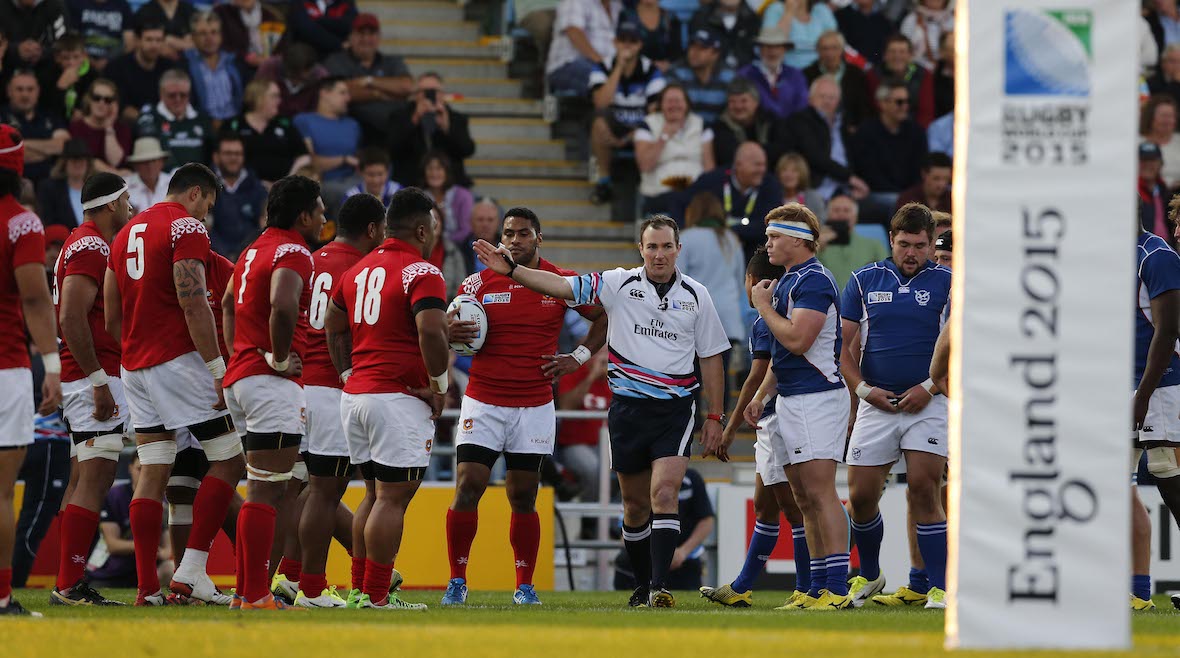 Referee pockets the whistle after 25-year on field career

New Zealand’s Glen Jackson has announced that he will be retiring from professional refereeing after an on-field career that has spanned 25 years.

The five-time New Zealand Referee of the Year was the first Kiwi to both play and referee 100 first class fixtures.

Now, the 44-year-old had called time on his career on the pitch.

A former Maori All Black, and Chiefs fly-half, Jackson began his rugby career in his home province of Bay of Plenty. He went on to play 60 matches for the Chiefs in Super Rugby before venturing north and making 159 appearances for Saracens in the Premiership. During his successful career abroad, Jackson won the coveted Golden Boot award for most points scored in the Premiership during the 2006/07 season.

🙏🏼 We take a look back at Glen Jackson’s 25 year career as both a player and referee following news that he has hung up the whistle.

After retiring from playing rugby in 2010 he returned to New Zealand where he continued his transition into refereeing. He debuted with the whistle in New Zealand at a Heartland Championship fixture in 2010 and climbed the ranks quickly, officiating his first Super Rugby match in 2011.

His first taste of international rugby refereeing was in 2012 when he took charge of the England v Fiji match at Twickenham in London.