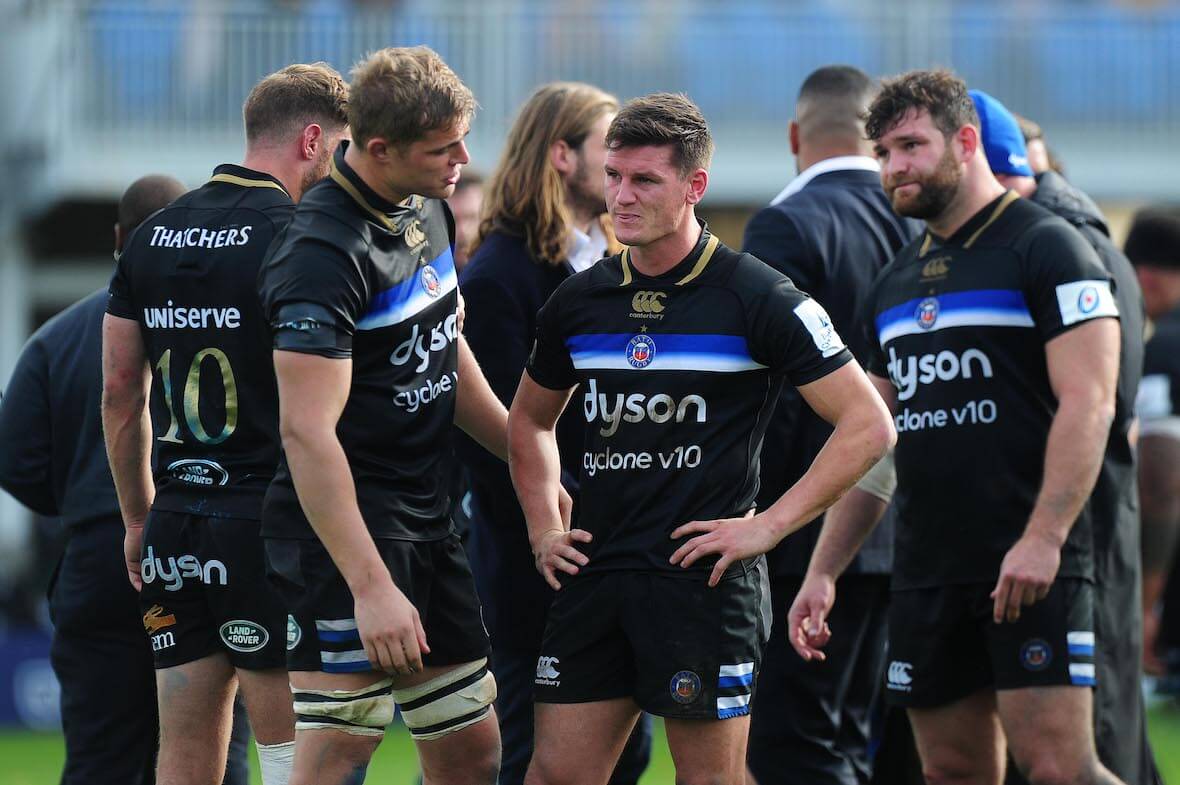 Freddie Burns says the writing is on the wall for his future at Bath Rugby having not held discussions with the club over extending his deal.

The 5-cap England international has been linked with a move to high-flying French Top 14 side Lyon, Premiership strugglers Wasps and also reportedly has contract offers from Super Rugby sides.

He said on The Rugby Pod,: “Bath still haven’t spoken to me about whether they want to keep me or let me go.

“I have felt this year I have been devalued as a player quite a lot in terms of not even getting an opportunity when the team was losing or playing badly.

“With regards to next year I have got something in the pipeline that is almost done and dusted; but as soon as this kicked off [the coronavirus shutdown] it suddenly put that into a bit of difficulty.

“Bath still haven’t spoken to me about whether they want to keep me or let me go.

“I guess from the lack of game time and the lack of communication the writing is on the wall for me.”

Burns returned to Bath Rugby, where he started his career in the Academy, for the 2017/18 season. The fly-half joined from Leicester Tigers where he had scored over 500 points in his three seasons in the East Midlands.

The former Beechen Cliff School pupil has won five caps for England, with his debut coming in a 38-21 victory against New Zealand in December 2012. A play-making, intelligent fly-half, Burns brought a wealth of experience to the Bath ranks.

One suggestion (pandemic permitting) has been to resume the season during the summer, which would see the action spread over into July and potentially even later. It’s an idea with some merit, the but what would happen to the players who are out of contract at the end of the season?

Market interest: The prop, who is yet to sign a new contract, has become the number one target for Gloucester after they missed out on Kyle Sinckler. Chiefs still remain keen to tie the tighthead down to a new contract.