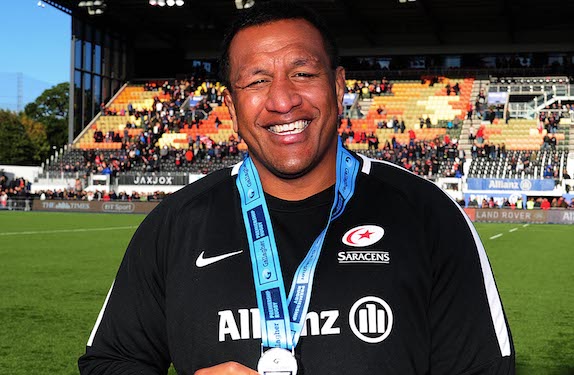 England prop Mako Vunipola is hoping to make his England comeback against Ireland on Saturday after three months on the sidelines.

Vunipola injured his hamstring back in May as Saracens defeated Leinster in the Champions Cup Final.

“Mako did a bit of extra work at the end of training on Friday, a bit of contact work. A bit of defence work. He should get some time next weekend against Ireland,” said Eddie Jones.

That sparked fears the 28-year-old could miss the World Cup, which starts in September, as he would be out for at least three months.

However, Vunipola’s rehabilitation has all gone according to plan and he is hoping to make his comeback in Saturday’s Test with Ireland at Twickenham.