Avon and Somerset Police are investigating the theft of a signed Jamie Roberts Bath jersey from a bar in the city just hours after it was raffled for charity.

The shirt with the autograph of the Lions and Wales centre was offered as a prize by the Bath Rugby Foundation after their 28-13 Gallagher Premiership win over Worcester Warriors at The Rec on Saturday.

Avon and Somerset Police were informed of the theft and are reportedly checking CCTV to find the culprit.

In the mean-time, the charity is appealing for the shirt to be returned while Roberts himself went on to social media offering another signed shirt to replace the stolen prize.

Sad to be sharing that the winner of the @bathrugby signed @Jamiehuwroberts had it stolen off them after the game in @allbarone it was taken from their bag. Police are checking CCTV but there’s still time for it to be returned to the @BR_Foundation it’s for charity after all #RT pic.twitter.com/3UGGrdgase 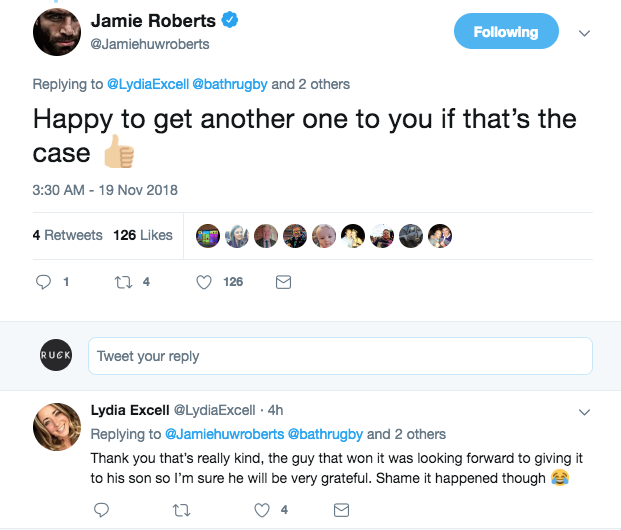