Gloucester head coach Johan Ackermann and his son, Ruan, have been implicated in a nightclub confrontation which left a man with facial injuries and is now the subject of a Police investigation.

Allegations were made via social media on Sunday and and Monday against Johan Ackermann, 47, the West Country club’s South African head coach, and his 21-year-old son Ruan, the No 8 who was recently named Aviva Premiership Player of the Month for November.

Relatives of the injured man have claimed that he was ‘beaten up’ and released pictures showing several cuts and grazes on his face and head.

In a Facebook post, a friend of the alleged victim’s sister, Christina Wood said: ‘This is a heartbreaking. This lad is my good friends brother, he has autism and was attacked unprovoked!!! This has now left him with a possible bleed on the brain 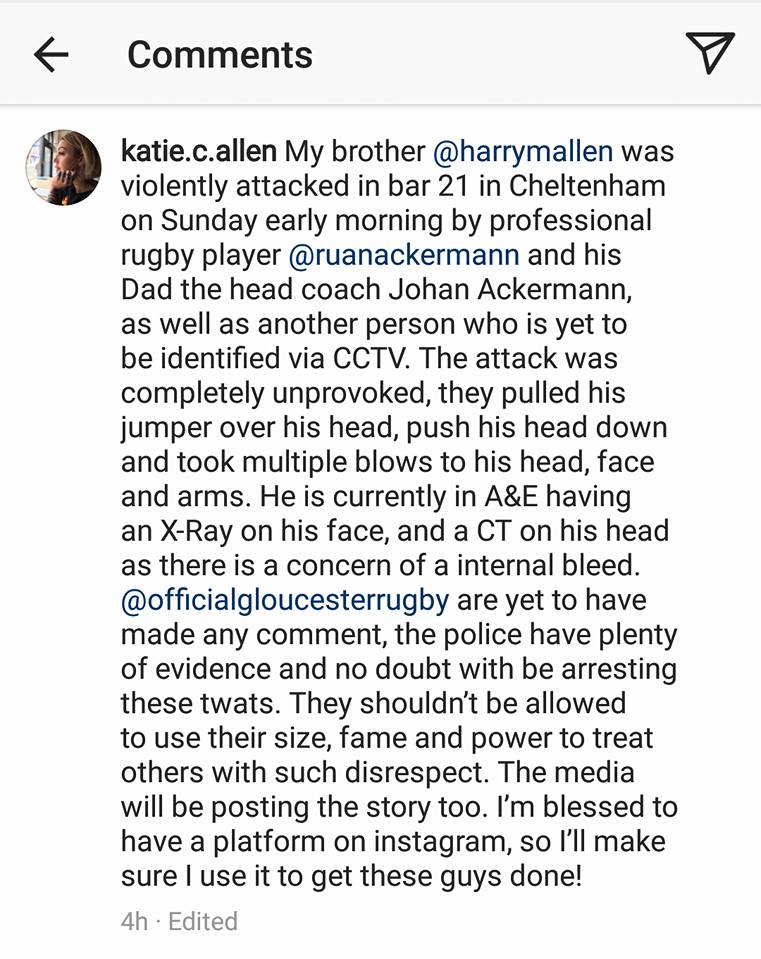 Local police released a statement which read: ‘Gloucestershire Constabulary is investigating a report of an incident which happened at the 21 Club in Regent Street, Cheltenham, in the early hours of Sunday morning – December 17.

‘The allegation is that there was an altercation between two groups of men, during which one of the men sustained facial injuries.

‘The incident was reported just before 1.30am. Police officers arrived shortly afterwards but all those involved had left the scene. Investigating officers will be examining CCTV footage this week and speaking to witnesses. No-one has been arrested.’

It is understood that complaints have been made directly to the club, whose spokesman said on Monday night: ‘Gloucester Rugby are aware of the allegations. The club cannot make any further comment at this stage.’